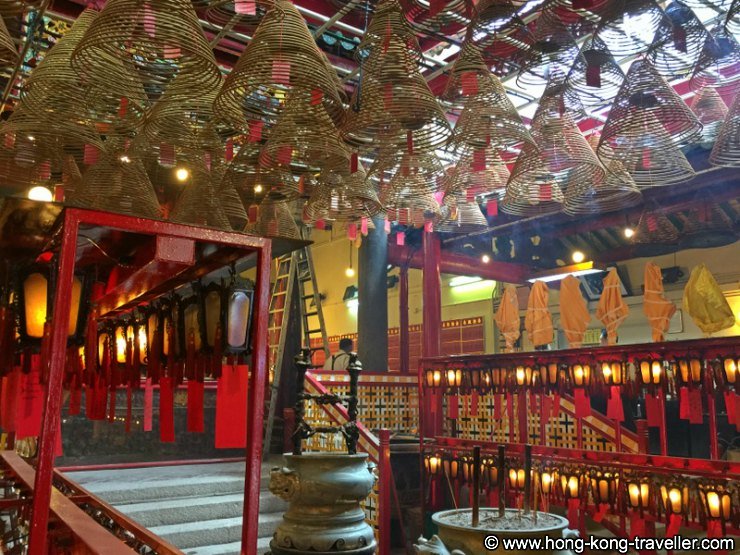 The Ching Ming Festival, on April 5, 2019 gives you a unique look into Hong Kong's ancient traditions, and soon thereafter in total contrast, the Hong Kong Electronics Fair is a window into Hong Kong's innovation powerhouse. Another colorful festival, the Birthday of Tin Hau comes later in the month with an array of fantastic parades and celebrations throughout Hong Kong.

Also note that Easter holidays are public holidays observed in Hong Kong, this year will be from April 19 - 22, 2019.

Highlight Celebrations and Events in April 2019 More on Rugby, the Sevens and Sevens-related parties and events Now on its twelfth year, the Lamma 500 International Dragon Boat Festival takes place at Tai Wan To Beach, the home of the Lamma Dragons and the Lamma Outrigger Canoe Club in Lamma Island.

Besides an exciting day of dragon boat action, including Men's, Women's and Junior Crews (12 to 17), there is the beach-side after-party following the races, or you can head into the Village for dinner and festive drinks along with the many participants. Easter in Hong Kong, as part of the British legacy, is a public holiday with a long weekend of days off from Good Friday to Easter Monday. The Hong Kong International Film Festival is one of Hong Kong's largest cultural events, and as all film festivals, this is an event for those involved in the film industry, actors, directors, screenwriters, etc. and film enthusiasts and fans from all over the world.

Although this is not Cannes or Sundance or Toronto, the Hong Kong Film Festival is considered a major launching pad for films from all parts of the world into the China and Asian markets. Some big names in the Asian cinematic scene make an appearance to promote their latest works.

It is easy to catch a screening and ticket prices are quite reasonable, if only to see some of Hong Kong's magnificent venues from the inside! Mickey, Minnie and the gang will be sporting their new spring-themed outfits and putting together The Stars Springtime Celebration, this is a lively show on Main Street with all our favourite Disney friends old and new!

When? mid-March through June 2020, exact dates TBA
Where? Hong Kong Disneyland
How Much? Disney Springtime Celebration activities are free with Park Admission. There is also a "Small Order Zone" where hundreds of products and samples are available in small quantities. When?: April 13-16, 2019
Where?: Hong Kong Convention and Exhibition Centre
Admission: HK100 but free if you pre-register at the HKTDC website. Open to trade visitors, must be over 18 years old. On its 38th year, the Annual Hong Kong Film Award Ceremony is the Oscars of Hong Kong. Ed Sheeran is not only one of the most successful recording acts, ever, but one of the world's most in-demand live acts. Ed Sheeran - 2017's biggest-selling global artist released his Grammy-winning third studio album '÷' (Divide) in March 2017. A songwriter of a generation, Ed has continued to dominate charts across the globe since its release. With over 16.5 million copies sold worldwide to date, Divide has spawned Ed's hit singles "Shape of You" (the third biggest-selling single of all time in the UK and most-streamed track on Spotify, ever, When?: Wednesday and Thursday April 17 - 18, 2019 - 7:45 pm
Where?: Disneyland Hong Kong - Fantasy Road Outdoor Venue - Gates open 4:00 pm
How Much: HK 1,288+ The Horse Races Are On! This is how you can attend

The horse races in Hong Kong whether or not you are a horse racing enthusiast is an experience not to be missed!

The beautiful horses, the skillful jockeys, the crowds going wild, they all add up to an exciting, fun-filled, thrilling atmosphere in two world-class venues, at the Sha Tin Racecourse and the iconic Happy Valley Racecourse.

At this time, COVID-19 pandemic control measures have been relaxed and races will be staged in accordance with prevailing restrictions which enable the HKJC to bring more racing fans back to enjoy the on-course entertainment in person. Walk-in admission has been resumed for both public and members enclosures. Customers are encouraged to make advance bookings to secure admission for indoor catering venues. Here are the latest arrangements.

When?: Happy Valley Night Races on Wednesday Nights. On race day, first race starts at 7:15 p.m. and the gates open at 5:15 p.m. The races are done by 11:00 p.m.
Sha Tin Day Races are on Sundays. First race normally starts at 1:00 pm, earlier if there are more than 10 races. Gates open at 11:00 am.
All races will be streamed live at the HK Jockey Club Racing Channel.
How Much? There are many ways to experience the races, from General Stand to Private Boxes and special packages including dinner and drinks. General Stand entrance starts at HK10. You can join this guided experience and learn all about horse racing and betting, Enjoy the HKJC horse races from the 2M roof deck.